What defines one as a rocker? 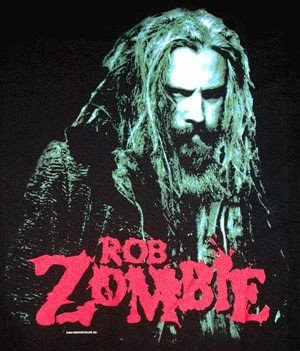 In my moment of philosophy I often ask myself what does rocker means? Does it associate with "the black shirts" (as I like to call those people who wear these Evanescence/Nightwish/Nirvana back-inscripted black threadbare t-shirts)? Or better, with the long-haired leather dressed massive bikers?

Let's find out what "rocker" really means.
According to http://dictionary.reference.com the definition of "rocker" refers to:

noun
1. an attendant who rocks a child in a cradle
2. a performer or composer or fan of rock music
3. a teenager or young adult in the 1960s who wore leather jackets and rode motorcycles
4. a chair mounted on rockers [syn: rocking chair]
5. a trough that can be rocked back and forth; used by gold miners to shake auriferous earth in water in order to separate the gold
6. an ice skate with a curved blade
7. a curved support that permits the supported object to rock to and fro

Let's take into consideration only the second and third definitions because the others refers to technical meanings. So a rocker is supposed to be a singer/creator/listener of rock music or the ZZ Top like bearded 60's Harley riders. It's kind of long way from the reality, don't you think?

Continuing the search on the electronic knowledge base :) (Wikipedia) I found that "rocker" is:

1. Rocker, a British 1960s style or retro-motorcyclist
2. Rocker (archetype), a person who listens to rock and roll or rock music
3. Rocker turn, in figure skating
4. Rocker, a type of furniture, such as a chair or cradle with curved pieces on the bottom, to provide a back and forth motion when pushed or pulled.
5. Rocker, a type of cradle used for washing sand or gravel to expose heavier metals, such as gold or silver, used in placer mining.
6. A Rocker, is a type of surfboard said to have alot of curvature in the lengthwise direction of the board.

Kind of the same thing. But the question still remains. How do you define a rocker? By the way they look? By their clothing? By their way of life? And by the way, have you noticed that there are few solo rock artists? Most of them are rock bands. Why is that?

Now let's analyze again the meaning of "rocker". The way I see it there are two main meanings for it: person that gives life to rock music and person that embrace rock as their soul music.

The first category includes the rock artists, usually as wild looking as possible, that emanate an unique philosophy and way of life or those that include themselves in the common trend created by their predecessors.

Returning to the second category (which is much more numerous), I have to divide them into some categories. So who listens to rock music? Well there are the "60's bikers" which are still a social category today. Second, I will consider strong free personalities, people who find their spirit strength only in this music with powerful rhythm and guitar accords. And last, the biggest subcategory, people who find in this music what they are missing in their life. A way to giveaway their problems and find a vibrating power to substitute lackings, a refuge from problems.


So what makes people listen to rock? I'd say they are attracted by its force, by its power, by its freedom, by its message. People like to be powerful, rock music make them feel this way through the sound and the message. So what is a rocker? Strong people who like to feel stronger? Weak people who need to feel stronger? A people that lives by a certain way of life? An eccentric? Is it good? Is it bad?

uhm.. i think a rocker is someone that listens to rock music (any kind of rock) for the simple fact that rock is nice. :) however.. nowadays you must drink vodka and literally stink to be a rocker. or not only nowadays?

I disagree. It's a difference between one who just listens and one who lives it. It's not enough to listen rock, it's mandatory to feel and understand it, to be emotionally touched by this music. It's the only way :P